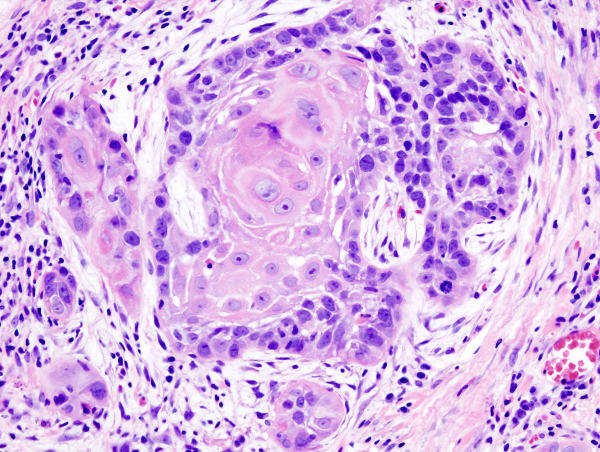 PURPOSE: Radiotherapy is the most frequently used and cheapest treatment both for curative and palliative purposes in HNSCC. Despite advances in technology and intensive treatments with radiation, only half of the patients are cured. New therapeutic approaches focusing on the molecular mechanism that mediate tumour cell growth or cell death in combination with radiotherapy have been suggested.
The effects of radiation, antibody to EGFR and Docetaxel as single treatment or in combinations on HNSCC cells were investigated.
METHODS: The established HNSCC cells with mutant (mt) P53 and over-expressed normal EGFR was used as the in vitro model. Gene expression profile, cell cycle progression and cell death were used as the indication of treatment outcome.
RESULTS: With c-DNA microarray of well-characterised functional genes, massive changes in the genes expression of HNSCC were detected. The alterations of gene expression profiles do not have any correlation neither on tumour cell growth nor cell death. HNSCC cells with mt P53 and over-expressed normal EGFR did not response to radiation, anti-EGFR monoclonal antibody and their combination
therapy. Effective treatment could be obtained from single therapy with
Docetaxel. No additive effects on cell cycle arrest or cell death were seen in the combination of Docetaxel to anti-EGFR antibody, radiation or anti-EGFR antibody + radiation.
CONCLUSIONS: The c-DNA microarray analysis does not indicate any specific target or treatment effects of HNSCC with mt P53 and over-expressed normal EGFR. Single therapy, target at microtubules might be the most suitable treatment modulation in this tumour type.